Semiconductors: A Year In Review

Back to Blog
Semiconductors: A Year In Review
| Team Dover

With markets booming, the semiconductor industry has a positive outlook for 2018.

Explosion Across the Industry

2017 has been a tremendous year for growth across the board.

The Dow is topping out at more than 24,500 and has grown almost 25% YTD. Similarly, tech companies such as Apple and Alphabet have reached all time highs and have shown promising revenue growth. This good fortune is by no means confined to software and SaaS based companies.

Reflecting the recent investment trend, hardware is also having its moment in the sun.

The semiconductor industry was back in rare form this year. Following their meeting held November 14 to the 16, World Semiconductor Trade Statistics predicted that the YoY growth for worldwide semiconductor sales would be 20.6%. This is a truly impressive statistic when compared to 2016’s growth of 1.1% YoY.

Growth was facilitated by strong numbers across the industry, specifically in the integrated circuit and optoelectronics segments. Within integrated circuits, key players were memory that saw growth of 60% YoY and logic at 10.8% growth YoY.

These rock solid growth figures are reflected in the shipment of silicon across the industry. Semi Silicon Manufacturers Group published their industry numbers which further add color to the already stellar findings from WSTS. The first three quarters of 2017 saw average shipments of silicon materials hover around 2,944 million square inches (MSI). This represents growth of 7.7% over the last three quarters of 2016. 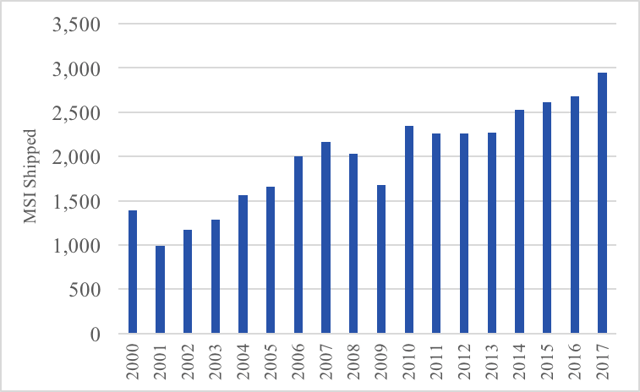 Further confirmation of the industry’s current strength is underscored by the Semiconductor Industry Association’s Global Billing Report for 2017 that was released back in October. Average Global billings for the month of October were $37 Billion, which reflects a $7 Billion dollar increase from October of 2016. The market has its sights set on topping $400 Billion in yearly sales for the first time in history. 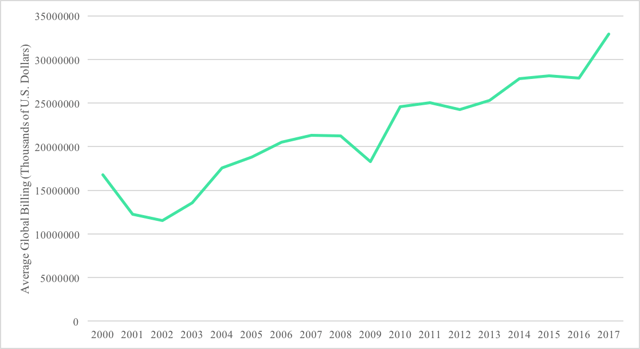 What is Driving the Market?

Much of the momentum felt in the industry is the product of the burgeoning IoT market that demands smaller and faster hardware at a rapidly increasing rate. Tech and non-tech companies alike are turning to embedded processors to connect their businesses and to develop “smart” products.

A report by Boston Consulting Group predicted that B2B spending on IoT alone will reach $267 Billion by 2020. This is a potentially small piece of the IoT pie when compared with B2C applications that are cropping all over the consumer electronics market.

For the foreseeable future the demand of semiconductors will largely be based on IoT but that is not to say that year to year trends will not be affected by shifts in the business cycle such as during the during the recession in 2009.

For manufacturers, this means to stay competitive they will need to realign their strategies to meet the demands of the IoT market. This entails developing processors and related hardware that meet both the form factor and energy requirements of embedded devices.

As semiconductor profits continue to grow and the industry becomes more hardware oriented this space will be crucial to watch for investors and device makers alike.

Subscribe to Dover's blog for regular updates about all the facets of hardware technology.